Sannera San Pablo by Ovialand is a house and lot community located at the heart of San Pablo City, Laguna. This city has long been referred to as the gateway to the South. And over the years, it has shown people why it is called as such! In fact, there have been numerous developments within the last decade or so and this economic growth is reflected in the rising numbers of residential developments within the area. As more and more housing communities are built in the city, it is expected that more people will want to move to the city as they can be closer to opportunities and no longer have to travel to Metro Manila for work.

The city of San Pablo is categorized as a first-class city within the province of Laguna. It is located to the south of Laguna and also the 6th in the province in terms of land area. The geographic location of San Pablo is responsible for why it is known to have a cool climate. It is nestled on the foothills of three major mountain ranges in Luzon: Sierra Madre Mountains, Mount Makiling, and Mount Banahaw. Hence, it adds to the desirability of the location especially among home buyers that wanted to live somewhere that is close to nature. Aside from the cool climate it brings, you can also enjoy the amazing views of the mountains from your community. In fact, lots of people travel to Laguna just to get those mountain views and it is therefore a luxury to wake up to such views on a daily basis!

Speaking of tourists, San Pablo City has a thriving tourism industry. If you live in the city, you get to enjoy a unique advantage of having access to these major attractions for recreational purposes without the need to travel far. You can spend weekends with your family exploring the Seven Lakes of San Pablo. These are crater lakes that are scattered all around the city. These lakes have provided livelihood and food for the locals for many years, but it can also be a hotspot for leisure and respite. In addition to these lakes, there are more places to go to nearby if you are seeking relaxation and recreation with your family. Villa Escudero is a working coconut plantation with its own resort, while the Malepunyo Mountain Range is a favorite among those who enjoy hiking. Other notable attractions include Museo ng San Pablo, Tanaw Park, Sabang Hills Resort, and Laguna Volcanic Field.

The economy of San Pablo is also growing faster than ever. There are plenty of local and foreign investments to the city in the past few years, which has resulted in the rapid industrialization of the city. It has also provided a lot of jobs to the locals. Other notable destinations you can find within San Pablo are SM City San Pablo, Puregold Calauan, San Pablo City District Hospital, San Pablo Doctors Hospital, San Pablo City Science High School, and Liceo de San Pablo. 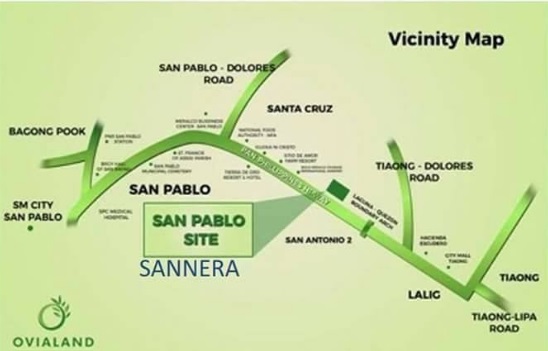